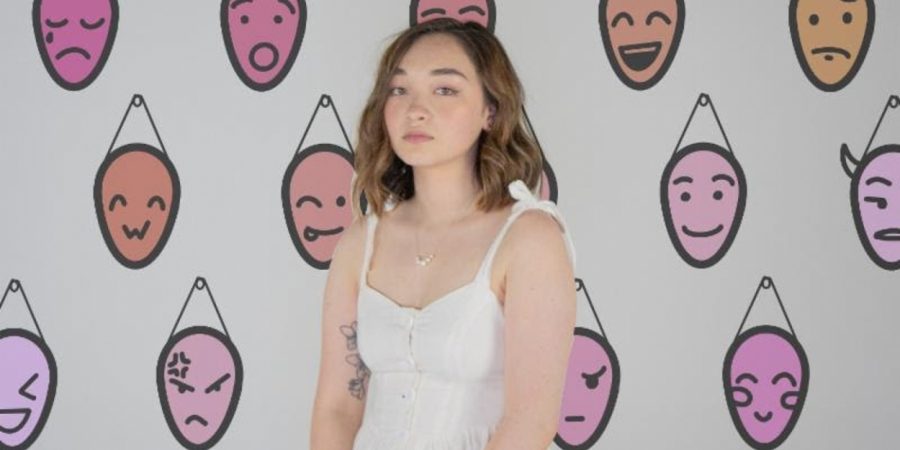 19 year old singer-songwriter mxmtoon, real name Maia, has taken the internet by storm lately with her refreshing music and relatability to her fellow teen audience. In 2017, Maia began her career self-releasing songs on YouTube, embodying the spirit of “bedroom pop” by creating songs using just GarageBand and a USB microphone. She continued to release music on YouTube and other streaming platforms, quickly gaining an audience and even collaborating with other artists such as Japanese lo-fi producer peachy!, with whom she made the 2017 single “Falling For U.” Her career soon took off when her music went viral in early 2018 and with her first tour in November 2018. Soon enough, with the rise of the Tik Tok app, Maia’s music reached an even wider audience as her song “prom dress,” released in early 2019, was uploaded as an audio for creators to use. Maia soon joined the app as well and is currently one of its most popular creators.

Maia’s most recent project is her first studio album, the masquerade. the masquerade comes following her first EP, plum blossom, and includes the viral “prom dress” as well as other previously released singles. It comes as no surprise that the masquerade is a masterpiece of a self-released album. Co-produced by Maia and English singer-songwriter Robin Skinner, more commonly known as Cavetown, the album is chock full of gentle yet compelling songs with acoustic versions of each included as well. In an interview with Urban Outfitters, Maia described the album as “sad,” “evolved,” and “universal” — all very apt descriptors for the transcendent experience that is listening to the masquerade. the masquerade covers unrequited love, childish grudges, and wasted high school moments all within the comforting sounds of the ukulele, Maia’s signature instrument, as well as guitar, and chill percussion. Each song is crafted perfectly to fit its message while also matching well with the surrounding songs in the album. The transition from “unspoken words” to “late nights” is effortless as the songs come together to create a sweet, melancholy sound for the duration of the album.

Many of the songs are musically ironic with sad or bittersweet lyrics presented in a happy sound, best exemplified by “prom dress” and “seasonal depression.” In the viral “prom dress,” Maia expresses feelings of regret about her high school career and the unrealistic expectations she had for events such as prom. “seasonal depression” is, as the title suggests, about seasonal affective disorder (SAD), a mood disorder characterized by depression that occurs at the same time each year, often winter. That isn’t to say that there aren’t any sweet songs on the album, though. Even with somewhat woeful themes, Maia adds a hint of optimism, like in “dream of you,” where she writes fondly of a past relationship, reminiscing about the good times even if they’re long gone.

Maia’s newest single, “fever dream,” was released on January 23rd, leading up to the announcement of her North American ‘Dawn & Dusk’ tour. “fever dream” is beyond anything Maia’s written before; It’s a spellbinding song full of life and wonder. Maia told Broadway World about her thoughts behind the song, saying that “launching myself into the music industry was a roller coaster chapter in my life, and even still I’m extremely new to this world. ‘fever dream’ is about exactly that, and the leap of faith that’s required when you make decisions in your life at different points.” The song carries its message through with a nostalgic sound. The opening guitar riff sets up for Maia’s vocals perfectly and the song only builds up to the soaring chorus from there. Even the music video pairs with the song and its message, showcasing Maia’s passion for dancing as she bridges three generations with movement. “fever dream” is a wonderful successor to Maia’s previous works and a great introduction to her as an artist, showing her powerful vocals and emotional transparency with an incredibly honest and original piece of work.

It’s really no wonder why Maia has gotten so popular. Compared to many celebrities who try to branch out to unfamiliar social media platforms like Tik Tok or YouTube in hopes of attaining relatability, Maia shows a clear understanding of her audience and of herself not only through her music, but also through her other online content. Since day one, Maia has truly been a fresh face in the sea of mainstream music, and she’s definitely a rising star worth keeping an eye on.