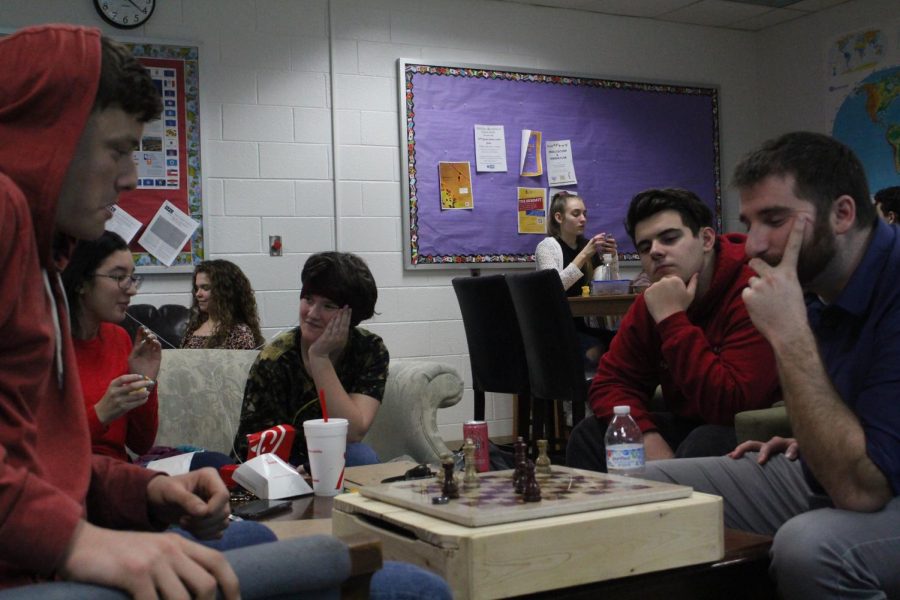 After the adjustments that had to be made after last year’s Lion Lunch trial, Lion Lunch returned, permanently, this year. Lion Lunch offers abundant opportunities for students, but do students take advantage of all that is offered? To find out, the Roaring Gazette conducted a survey of over 300 Tallwood students, asking how they typically spend their time during Lion Lunch.

40.5% of students said they mostly spend Lion Lunches hanging out somewhere outside of a classroom.

Only 16.6% of respondents said they mostly attend clubs or other extra-curriculars.

Most students stated that they walk around or chill in the halls with their friends, while some others said that they sit in the Commons or hang out in the library.

“I just walk around with my friends and play around with them,” stated one Tallwood student.

“I mostly sit in the Commons with my friends and eat lunch,” said another Tallwood student.

Lion Lunch provides excellent opportunity for students who couldn’t previously stay after school for clubs to finally be able to get involved in various clubs and activities.

“Due to Lion Lunch, I’ve joined a lot of clubs this year that i wasn’t able to last year. I find myself busy almost everyday with clubs,” stated another Tallwood student.

Tallwood students have a myriad of opportunities during their Lion Lunch time, but responses suggest that students mostly use the time to relax and socialize. That said, about 9 in 10 students claimed to have used the time for academic help at least once.